It seems that female attraction and female beauty are a very subjective concept. Some men prefer fuller women, others prefer skinny girls. On the other hand, many men do not care at all about the shape of a woman’s body, but because of that they pay attention to some completely different things and look for spiritual beauty in a woman.

Scientists have concluded that there are many subliminal things that men unconsciously notice when it comes to the concept of beauty in women. Various researches have been conducted by scientists from numerous countries, and thousands of men and women have participated in these experiments.

Based on all the data collected by the scientists, conclusions were drawn about the most important things that make a woman attractive to men.

Voice and manner of speaking OF female attraction

Believe it or not, for men, a woman’s voice is very important!

Scientists have unequivocally discovered that men prefer women who have a high “female” voice.
Merlin Monroe is a great example of an ideal female voice. On the other hand, the most unattractive voice is “squeaky”, like, for example, the voice of Kim Kardashian. This is because high female voices are associated with youth, which is synonymous with attractiveness and attractiveness. In contrast, older women often have creaking voices.

Another study found that men prefer women who speak similarly to themselves.

Energy, charisma, and attitude, often know how to overcome physical appearance. For some men, women who possess these qualities are the most attractive, regardless of how they look and whether they have a perfect body or not.

In one study, researchers concluded that men better remember information about women who have an ideal waist-hip ratio. Such women are considered the most attractive.

According to this research, the ideal waist-to-hip ratio in a woman is approximately 0.7. It is very easy to calculate this ratio: just measure the waist and hips, and then divide the waist circumference by the hip circumference. And you get that magic number!

According to experts, models such as Kate Moss and Kelly Brook or actresses such as Marilyn Monroe and Jessica Alba have an ideal waist-hip ratio, even though they have a completely different build, posture, and shape.

A perfectly sculpted female body is the dream of every woman, but also every man

The body shape is also very important. It is true that some men like fuller ladies, but still most of them prefer handsome girls – who take care of their bodies and take care of their physical appearance. Finely sculpted legs, buttocks, slender waist, and generally harmonious and beautifully shaped line – that’s what most men will surely throw on their knees.

Women have a habit of saying that men do not notice cellulite, one of the biggest culprits for the disturbed shape and line of the body. Wrong! Try to take off your bathing suit when you are at the pool or the sea and you will see if men will not notice your cellulite. He really will!

Permanent hair removal, along with a cellulite removal massage can be your ally on the path of the ideal line that may seduce your future man!

They say beauty is in the eye of the beholder. And it is true. It is true that a beautiful face, ie finely harmonized facial features, always first catches the eye and attracts a man, but this is certainly not a crucial feature of female attractiveness. Just look at how many women who are not classic “beauties” have great “guys” next to them – as women would say. So, a beautiful face is not what is important to men.

On the other hand, a clean and flawless complexion is simply necessary. A woman has to take care of her skin and there is no talk about it. Nature may not have given everyone perfectly coordinated and correct facial features, but that is why every woman who nurtures her face and keeps it clean, without pimples, acne and other scars, will look younger and more attractive. A well-groomed and clean face is beautiful and attractive, regardless of its features. At least that’s what most women, but also men, claim.

RELATED 50 most beautiful sayings and QUOTES about love

Scientists have found that men younger than 20 and older than 30 prefer women aged 24 to 25 as sexual partners. This is most likely because most women at this age will play the role of mother.

Men over the age of 30 who choose women older than themselves cannot be explained by this theory. Probably, in this case, you should look for more psychological reasons and motives. Or perhaps we should keep in mind the fact that there are no situations in which men choose women based on only one criterion of attractiveness.

Yet what men without exception love are women who are playful and young at heart. Women who are alive, full of energy and emotion. This is one of the most important preconditions for a woman to please a man.

The shape and color of the eyes

A group of Norwegian scientists found in a recent study that blue-eyed men prefer women with blue eyes, while men with brown and green eyes usually do not prefer blue-eyed. This claim is related to the eye color that the future baby will have together.

Limbal rings (dark ring around the iris of the eye)

The aspect of eye color may be blurred, but the limbal rings are very clear. If you are wondering what a limbal ring is, it is a dark ring around the iris of the eye. The iris is a colored part of the eye, the shape of a disc, and is located between the cornea and the pupil.

A study from 2014 showed that men prefer women who use make-up but only in moderation. The most interesting thing is that women do not like to have strong make-up, but they think that it will be more attractive to men, which is why they often overdo make-up. Huge mistake!

Women who have strong makeup can reject men who try to attract them. Men are increasingly declaring that they prefer as natural girls as possible, ie with as little or almost no makeup as possible.
Don’t forget this and choose and dose your makeup wisely!

It is true that many women simply adore their hair, to the extent that they take care of it to perfection. As for men, they will first notice if your hair is clean and tidy. That is the most important thing for them. Long, clean, fragrant hair is what will always knock men off their feet. So, it doesn’t have to be any kind of hairstyle, but a natural hair look that fits into that natural “look” that men have been appreciating in women lately.

Scientists from France conducted a study that showed which women are more often invited to dance in nightclubs: blondes, black-haired or red-haired women. The conclusion was that men most often invite blondes to dance. Brunettes took second place, and red-haired women were the least attractive to men. Scientists believe that it is not because of the color itself, but because of how well the hair color matches the skin tone.

Numerous studies have been done to determine which length of female legs is most attractive to men. It was concluded that men prefer women with longer legs. However, it should be borne in mind that this conclusion does not contradict men who like short women. Men indeed like it when a woman’s legs are long about her body. So you don’t have to have super long legs to attract a man. The only thing that matters is the contrast with the rest of the body.

The curvature of the lumbar spine

Lumbar curvature is another universal standard of female beauty that is “embedded” in the male brain thanks to evolution. On average, the angle between the back and the buttocks should be around 45.5 degrees.

Such curvature is considered to be the most attractive for men. This is because it allows women not to suffer from back pain during pregnancy. Of course, many pregnant women experience back pain regardless of the degree of lumbar curvature, but women who do not have “true curvature” are more susceptible to pain.

Lastly, you should always remember that looks are not the only thing that interests men. There is also inner beauty, and every woman is certainly attractive in her unique way. The most important thing is not to be afraid to be out of clichés, and to be able to use your advantages smartly! 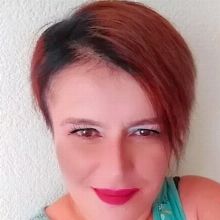